UPCOMING DC SHOWS TO GET EXCITED ABOUT

It's a really exciting time to be a DC fan. Two years ago DC did a whole Rebirth thing (you might have heard about it) and every comic got a much needed shot in the arm. I was enjoying a lot of the New 52 run but I'm glad that the comics got back on track. After the success of Rebirth, DC has gone all in on their branding in the same way that Marvel has and honestly, I think that's awesome. I've been a DC fan my whole life. You probably guessed that since most of my posts are DC posts. And I'll admit that the films that have been put out recently haven't been . . . shall we say the best DC can offer. Honestly, I've enjoyed all the films I've seen (yes even Green Lantern).

While the films may not always hit the mark it's safe to say the TV shows have been absolutely mind blowing. For me, it started with Smallville 17 years ago (holy shit I'm old) and has continued with Arrow, The Flash, Gotham, Legends of Tomorrow, Supergirl, Black Lightning, and so on and so forth. Even the shows I'm not watching like Preacher and Lucifer I still get excited about because I go to Comic Cons and see fans cosplaying as those characters and that makes me happy.

With the launch of DC Universe, DC has taken it upon themselves to produce their own content free from any corporate mandate. They're getting to tell the stories that they're excited about and that's awesome. At the time of this writing, Titans has had it's first episode. While the trailer might have turned people off, I'd encourage them to give it another shot. I loved it and I'm excited to watch these characters grow over the next several episodes. BUT THAT'S NOT ALL! Between the exclusive content on DC Universe to a few upcoming shows on other networks, DC is primed to continue knocking everyone's socks off! Here are the shows I'm most excited about: 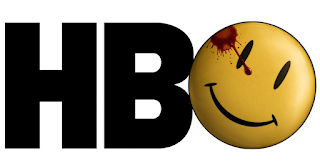 WATCHMEN
This has the potential to be one of the most interesting and ground breaking shows ever. Just like the Watchmen graphic novel was so groundbreaking for it's time, the show should be the same way. As I'm sure you know, the graphic novel was a deconstruction of the superhero genre. Given that so many comics have been adapted to television and film in the past 15 years, some more than once, Watchmen is in a position to comment on all of it and transcend the genre. With an amazing cast assembled including Regina Hall and Jeremy Irons plus Damon Lindelof as writer/producer, I have a feeling we're going to see something special. Hell, I'm even considering signing up for HBO just to check it out! 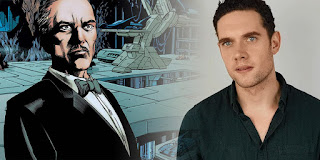 PENNYWORTH
Ok, ok, ok. Hear me out! This show kind of sounds ridiculous. I mean, why does it even have to exist in the first place? Are any of us really excited about seeing the origin story of Alfred Pennyworth, Bruce Wayne's faithful butler? Well, EPIX got excited enough to greenlight the damn thing so somebody is doing something right!
Seriously though, after reading Scott Snyder's run on All Star Batman, specifically the arc titled "The First Ally", I actually have some hope that this show will be really cool. As long as they keep the Bat-references and easter eggs to a minimum. I mean, Thomas Wayne is supposed to be the co-star and that's all well and good, but I'm not interested in seeing Alfred take on any Bat-rogues. I'm interested to see his origins as a bad ass British special forces guy with medical training and fighting styles that make us say, "Oh shit! That's where Batman gets it from!" I think that's the route they are going to go and with the producers of Gotham behind the camera, I think we're in good hands. 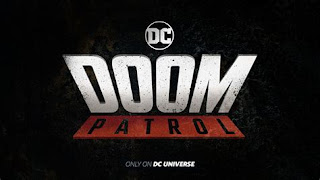 ﻿
DOOM PATROL
I'll be the first to admit that I was not excited about this show. I mean, it's cool that DC is able to produce it's own content but Doom Patrol? Seriously? I didn't give it much thought. I figured I would watch it anyway because Geoff Johns (my man) kept talking about how excited he was for it. And to be fair I wasn't a big Green Arrow fan before Smallville and of course Arrow. So maybe it would be cool.
While I was at New York Comic Con earlier this month, I went to the DC Universe panel. Geoff Johns (my man) was there talking about the show and how it's based on Grant Morrison's run from the 80's. He said those comics still hold up and recommended we all check them out. Well, since Johns is practically a walking DC encyclopedia I figured I'd give it a shot. Well, I bought the first volume and read it while waiting in line the next day. I couldn't put it down! It was so exciting and fun and the characters, especially Robotman, hit a chord with me. When I finished that volume I immediately bought the second volume and devoured it. If the show is anything like the comic, which Johns says it is, then we are all in for a real treat! Plus with a great cast including Brendan Fraser, Timothy Dalton, and Matthew Bomer, we're in for some powerhouse performances! 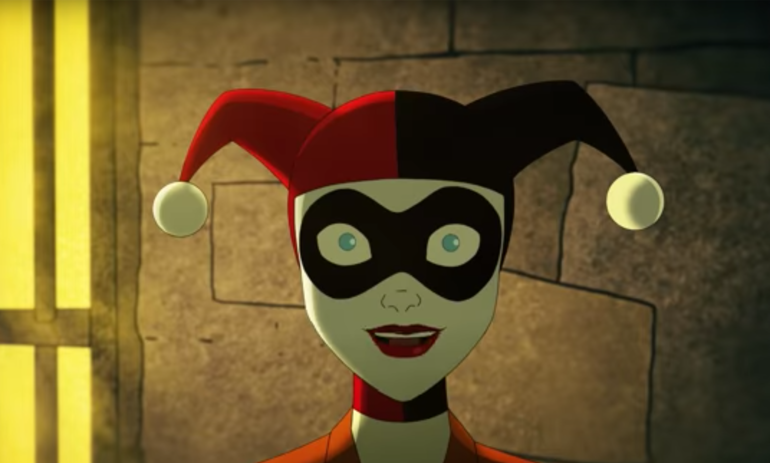 HARLEY QUINN
At New York Comic Con, I was lucky enough to attend the Titans premiere. Before they showed the first two episodes (yay!) they gave us a sneak peak at Harley Quinn. Even freaking Kaley Cuoco came out to announce it! It was pretty exciting! The clip we saw is online now and it's really funny. Sam Humphries, current writer of the Harley Quinn comic book, says that he thinks of Harley as Bugs Bunny. She can go anywhere or do anything in her stories. She interacts with everyone the same way and is just a lot of fun to watch get into crazy adventures. With that in mind, Harley is perfect for a wacky animated series, especially a mature themed series. Plus the cast sounds awesome with Cuoco as Quinn, Christopher Meloni as Commissioner Gordon, Diedrich Bader as Batman, and Lake Bell as Poison Ivy! It sounds like a lot of fun and I can't wait to see what sort of hijinks Harley takes us on!
﻿
﻿
﻿ 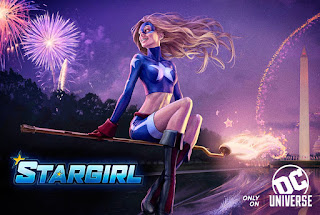 STARGIRL
The first comic that Geoff Johns (my man) wrote at DC was Stars and Stripe where he created the character Stargirl. He based her off of his late sister. I read the first volume of that comic and you can feel the passion and love he had for this character right off the bat. The show sounds like a great legacy series, which Johns excels at. Courtney, Stargirl, finds her stepdad's old superhero uniform and decides to have some fun with it. Along the way she learns about the Justice Society of America and all the heroes that were apart of that generation. I'm so excited to see characters from the JSA on a TV show! Granted we've seen some of them guest star on Smallville, the Flash, and Legends of Tomorrow but seeing them get the spotlight in a new TV show? That's just too awesome to pass up! Plus Johns has promised a lighter tone for the series to balance out the darker Titans and Doom Patrol. It's refreshing to hear that DC is willing to put all kinds of content on their streaming service so that fans can get a variety of content. And Stargirl just sounds like so much fun! 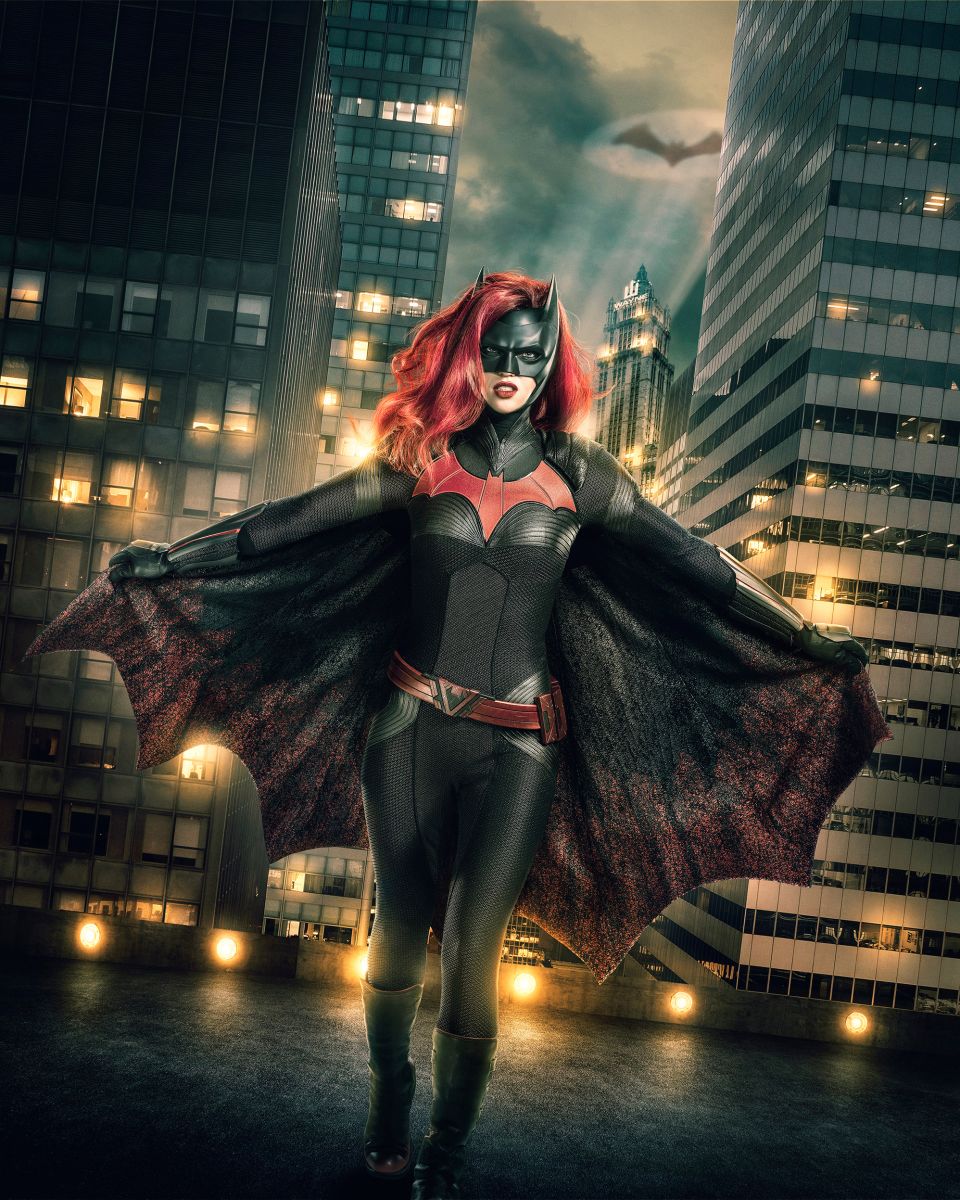 BATWOMAN
I've already written about what I think would make for a great Batwoman series. The truth is that I'm not too worried about it. With Greg Berlanti and the awesome producers at the CW at the helm, I have no doubt Batwoman will be an excellent series. The recent costume reveal, pictured above, only solidified what I was thinking - Kate Kane and Gotham City are in excellent hands! I'm looking forward to seeing her debut in the annual DC CW crossover this year. I read the first volume of her solo series by Greg Rucka and, if the series is anything like that, it will be epic and exciting! Plus the CW has a knack for making us fall in love with people behind the masks. What more can a fan want?
Like I said, it's an amazing time to be a DC Comics fan. From the upcoming Aquaman and Shazam films to all the shows I've mentioned plus the returning shows like Young Justice we've got so much to look forward to! I say keep it coming! And if anyone at DC is reading this - please review my suggestions for what to add to your streaming service. I'm only an e-mail away! :)
Till Next Time!
JJ - the Comic Junkie! ﻿
﻿
Posted by For Comic Junkies at 7:45 AM