6 REASONS LOIS LANE SHOULD STAR IN HER OWN SHOW 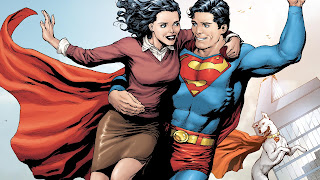 With the DC Universe service having just launched this weekend and news of Lois Lane being cast in Supergirl (to be played by Elizabeth Tulloch), I thought it would be a good idea to revisit the Metropolis series that was ordered and then put on hold. The show was first described as Lois Lane and Lex Luthor investing bizarre situations on the fringe of science. Or . . . something like that. Whatever that means. ANYWAY! I personally think the show could be interesting and exciting. It just needs to be about Lois Lane. Lex and other Superman supporting characters will have their roles to play of course, but Lois should be the star. Let's dig into why she would be a perfect protagonist. 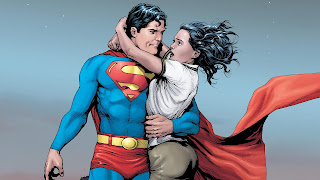 Throughout her lifetime in comics, movies, TV, etc, Lois has always been second fiddle to Superman. There have been plenty of stories about Clark Kent and Superman without Lois as a supporting character but to my knowledge there haven't been many stories about Lois Lane without Superman. A show all about her rise to prominence in the journalism world is unexplored territory. Lois is a strong enough character to hold her own series without needing a lot of winks and nods to Superman or even Clark Kent as a supporting character. She doesn't need Superman to make her an interesting character. All she needs is a passion for finding out the truth and the guts to go after it at all costs. She don't need no man looking out for her! 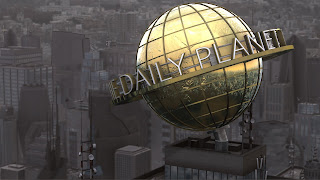 SHE WAS ALREADY THE STAR

Metropolis was already going to be about Lois and Lex. Instead, I think the focus should be shifted away from Lex (but not completely, more on that later) and the spotlight given to Lois Lane. Having Lois be the sole star gives the writers and producers more room to give Lois a brand new supporting cast. A rival reporter, a boss, a plucky sidekick, all the tropes that these types of shows always have. Lois and Clark actually did a good job of having all of those things. Metropolis can be like that but without Clark Kent being introduced until maybe the last episode or two. Lois is qualified enough to run a series on her own. She was a reporter long before Clark showed up in Metropolis and had made a name for herself. I think that show would be interesting. 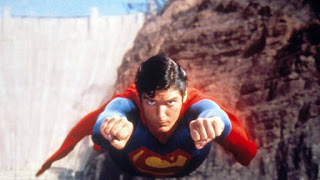 A NEW ANGLE ON THE SUPERMAN STORY

Smallville told the story of Clark Kent growing up, Lois and Clark told the romance between those characters, Krypton is about Kal El's ancestors now I think it's time to tell a story without mention of Kal El, Krypton, or any of those elements. Keeping the story on Earth and human threats would be something we haven't seen in the Superman side of the DC Universe. Granted I still like the idea of Lois investigating the fringe science . . . stuff. But there's plenty of stories to tell with all kinds of weird experiments, other aliens, the multiverse, all that crazy DC stuff without even a mention of Krypton or the survivors. While that may sound like blasphemy, I like the idea of Lois's story being more Earth-bound and then when Superman arrives, that's when the Kryptonian elements come in. There's plenty of story to tell about Lois and the rest of the Daily Planet and the stories they uncover. 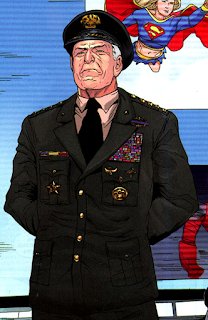 One type of story that is forever timeless is family drama. Whether it's a supportive family, a dysfunctional family, or somewhere in the middle, everyone can relate to some type of family. Lois's family, father General Sam Lane, mom Ella Lane, and sister Lucy, have been portrayed as either being on the outs with Lois or supportive or somewhere in between. It all depends on what the writers think is the best place to go. Personally, I've always liked the family being supportive but Sam has secrets with his military units. It's another type of story that recent comic book series have done well which is the loving parent or parent-figure with secrets that could hurt the hero. Arrow and The Flash had those going into their first seasons with great success. I think that's the way Metropolis should go with Lois and her father. That type of story will give them a lot of mileage especially in a first season. But there's always a different type of antagonist . . . 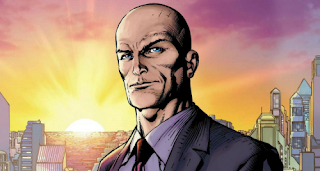 While I think Metropolis will be just fine without Superman, I don't think it would do so well without Lex Luthor. Not because he's a recognizable face or foe, but because he's always boasted about being the one who built and reshaped Metropolis. It would be interesting if the series showed us Lex's empire growing in Metropolis. Of course, he would come into conflict with Lois and the Daily Planet. Granted, maybe it's too easy to make Lex the antagonist yet again for Metropolis and it's residents but given a certain commander-in-chief's penchant for calling the media "fake news" it's not out of the realm of possibilities for people to fall under Lex's charm and believe whatever he tells them over the facts presented by the journalists at the Daily Planet. Lois is all about discovering the truth no matter what the cost and Lex would do anything to protect his empire. Maybe that would hit close to home, but as I've said before comic books and sci fi always have a way of being topical without beating the audience over the head with morality or politics. 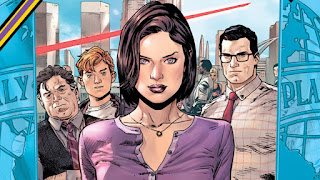 As I've said, Lois is all about reporting the truth. In today's world with the term "fake news" being shouted at every turn, the truth seems to be relative. It's important that people, especially young women, see that the truth is not relative. Truth is truth. There's no such thing as alternative facts. The truth speaks for itself and the people who are afraid of the truth are probably guilty. Lois Lane has always been a journalist first. Her devotion is to the truth and making sure that the public knows what is real and what is not. She's a role model that our world desperately needs right now. Someone willing to dig for the truth no matter the consequences. For decades she's played second fiddle to Superman but she's a hero without super powers. She's just damn good at her job. But to her it's not just a job, it's her life.


So far, I'm loving DC Universe. It's full of classic and even some contemporary DC content that a fan like me can spend hours and hours gobbling up. I'm most looking forward to the new TV series they have to offer. I'm hoping Metropolis gets off the back burner and becomes something special to inspire us all the way Superman does. Excuse me . . . I mean the way Lois Lane WILL.

Posted by For Comic Junkies at 4:40 PM