WHAT IS IN YOUR DC UNIVERSE? 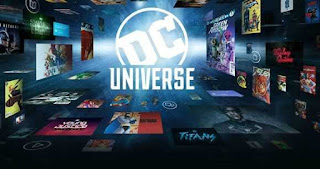 Last night, DC Universe streamed their first episode of DC Daily, or rather an episode 0 if you will, talking about the awesome stuff that the new streaming service is going to offer. Honestly, it was a lot of fun to watch. I felt like I was spying on old friends as they gushed about all things DC Comics. The one question host Kevin Smith asked everybody was "What's in your universe?" Meaning what brought you into DC Comics in the first place? Well for me, the list is long. I started off as a Batman guy and then as the years went on more and more things took me out of just Gotham City and into the wider DC Universe. I'd like to share those things with you now.

This film is probably on everybody's list and there's a good reason for that. It's a damn good movie. Sure some of the effects and stunts are severely outdated but the performance that Christopher Reeve gave as Clark Kent/Superman still holds up today. I remember my mom taking me to Blockbuster and I rented all the Superman movies one summer and watched them all. They were so much fun. Back then as far as Superman went I had Lois and Clark, which I loved, and Superman: the Animated Series, which I also loved. I remember my dad talking to me about it and saying he saw it when he was younger and liked Christopher Reeve a lot. I learned a lot about him and felt bad about his accident. He was a great actor and is definitely missed. But these films, especially the first one, hold in my memory as pillars of why I love Superman so much. 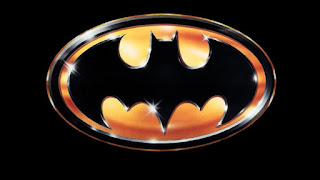 I'll keep this brief because I've talked about this film ad nauseum on this blog. But more than anything else, this version of Batman is cemented in brain as definitive. The opening scene where Michael Keaton growls, "I'm Batman" is the moment I fell deeply in love with the character. I mean I was scared shitless, but it stayed with me forever. The costume, the subtle movements and dialogue from Batman, the Batmobile, the city, I mean this movie perfectly captured Batman's world to me. I rewatch this movie at least once a month and I never grow tired of it. 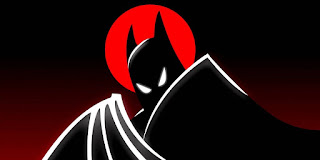 Another one that's probably on everybody's list but again with good reason. This show is not only a landmark in pop culture and animation history, but it's really, really good. If you go back and rewatch the series, as I do quite often, the stories hold up. Batman is set in a timeless world. It could be the 1940s, it could be the present, it could be the future, it's never directly stated. Even it had been the stories are still amazing. Visually they are stunning, the performances are top notch, and the stories range from mature to more family friendly and it never feels out of place. The show defied what traditional "cartoon superheroes" looked like and just about every animated action series since then has taken a cue from it. Plus it gave us Kevin Conroy and Mark Hamill as Batman and the Joker. I mean . . . that alone makes it great.

When I was a kid my sisters and I were already big Batman fans but this show kind of brought us together. We've always been close but it was kind of a ritual watching Batman Beyond together. I remember we were all sucked in with the first episode and would stop everything to watch it when it was on. To me, the show was a logical continuation from Batman: the Animated Series and The New Batman Adventures. Visually the show was different than the other shows but felt the same style. Plus there was emphasis on building Terry up as a great character and not just Batman Junior which I always appreciated. Plus, again, the show holds up. The stories are exciting, mature, and damn good fun. Hopefully my dream will come true of seeing this in live action some day. 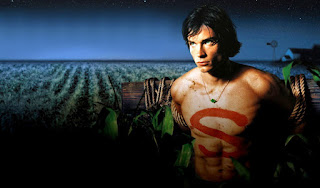 If you've read this blog before then you know my love of Smallville. I mean heck, when I got Hulu I started rewatching the series despite owning all the DVDs. That's . . . that's me. Big ole geek man . . . ANYWAY! This show means a lot to me and my evolution into a super geek you all know and love. I remember hearing about this show being made and I thought it sounded like such a cool idea. I mean back then there weren't a lot of outlets for live action superhero stuff. Smallville was the closest thing I got to a Superman TV show and I was not disappointed. I didn't mind the slow burn into him putting on the costume because I felt like the show was maturing along with me. I was about the same age as Clark when the show premiered and could relate to being in love, growing up, and feeling like an outsider. Granted, I'm not an alien from another planet but the show's metaphor held up well and I could enjoy it. Plus the show laid the foundation for the Arrowverse and each of those shows holds a special place in my heart. Man, just writing this makes me want to watch the show again . . . 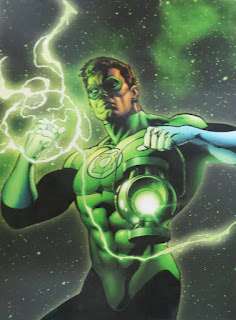 This comic series meant the world to me as a growing geek. I'll never forget seeing ads for Green Lantern: Rebirth in other comics and thinking, "That looks cool!" It was the image of Hal as the Spectre holding his lantern. At the time, I only knew a little about Green Lantern from the Justice League animated series but for some reason those ads called out to me. And clearly I wasn't the only one. The first issue was sold out when I got to the comic book store! I had to wait till they had a THIRD PRINTING to get a copy. I was not disappointed. It was worth the wait and I became a lifelong Green Lantern fan. The series followed me to my move to North Carolina where, when I was struggling to make friends in a new city, there were new issues every month that I could get excited about. The series never failed to put a smile on my face even when Geoff Johns left. Getting to meet him at New York Comic Con was a highlight for me. It was like meeting a rock star. That comic got me into Infinite Crisis, Teen Titans, and many more comics as the years went on. But my real expansion into the DC Universe came from this. 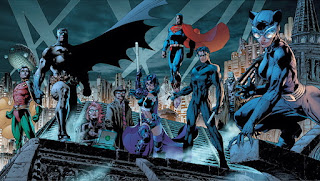 Most Bat-fans will tell you their gateway Bat-comic was The Dark Knight Returns or Batman: Year One or something like that. While I definitely read those and loved them, Batman: Hush was the one that truly got me into monthly comics starting with Batman. I remember my sister coming over and telling me there was this comic coming out that sounded cool and I should check it out. I ended up picking up the first issue and falling head over heels in love with it. It's one I revisit frequently. It felt like I was watching a new Batman film I had never heard of before. It flowed so well and started my love affair with the Bruce/Selina relationship. The story was so exciting and fun. From fights with Superman, Killer Croc, Poison Ivy, and so many other Bat-rogues it set the stage for so many other stories like Jeph Loeb's Superman/Batman, Batman: Under the Hood, and even Infinite Crisis. So while Green Lantern took me across the universe, Hush started me off in Gotham City where I was familiar. It's one comic I always recommend to friends looking for great Bat-stories.

What's in my Universe? Well that's quite a loaded question. I could go on and on and about individual episodes, comics, and film scenes that turned me into the proud geek I am today. These are the things I grew up with that inspired me to make this blog in the first place. I'm so excited that most of these things will be available on DC Universe. I've preordered my subscription and I'm counting down the days till I can go nuts watching all my favorites plus a bunch of new things to whet my appetite even more!

Posted by For Comic Junkies at 3:24 PM